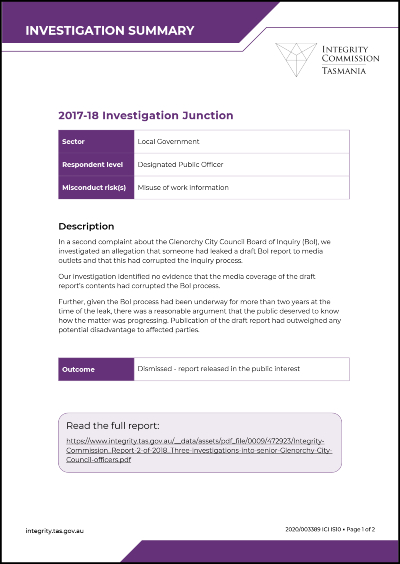 In a second complaint about the Glenorchy City Council Board of Inquiry (BoI), we investigated an allegation that someone had leaked a draft BoI report to media outlets and that this had corrupted the inquiry process

Our investigation identified no evidence that the media coverage of the draft report’s contents had corrupted the BoI process.

Further, given the BoI process had been underway for more than two years at the time of the leak, there was a reasonable argument that the public deserved to know how the matter was progressing. Publication of the draft report had outweighed any potential disadvantage to affected parties.