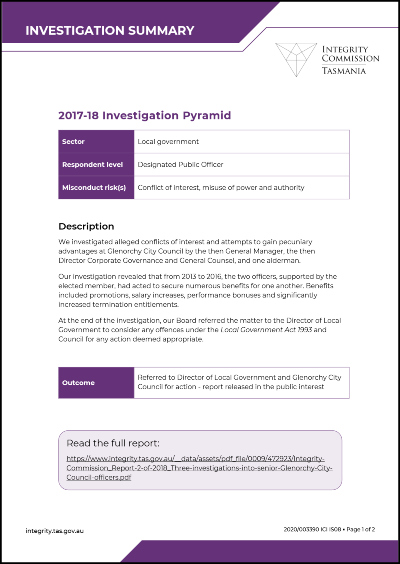 We investigated alleged conflicts of interest and attempts to gain pecuniary advantages at Glenorchy City Council by the then General Manager, the then Director Corporate Governance and General Counsel, and one alderman.

Our investigation revealed that from 2013 to 2016, the two officers, supported by the elected member, had acted to secure numerous benefits for one another. Benefits included promotions, salary increases, performance bonuses and significantly increased termination entitlements.

At the end of the investigation, our Board referred the matter to the Director of Local Government to consider any offences under the Local Government Act 1993 and Council for any action deemed appropriate.