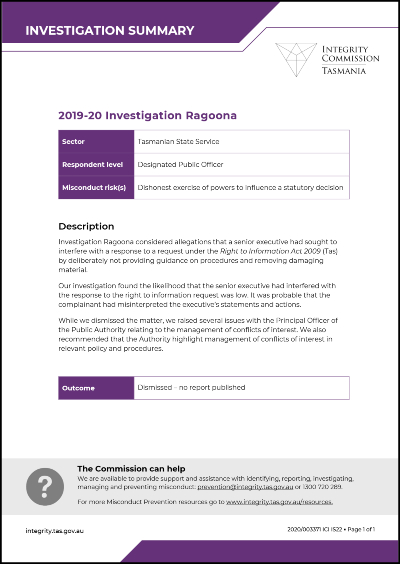 Investigation Ragoona considered allegations that a senior executive had sought to interfere with a response to a request under the Right to Information Act 2009 (Tas) by deliberately not providing guidance on procedures and removing damaging material.

Our investigation found the likelihood that the senior executive had interfered with the response to the right to information request was low. It was probable that the complainant had misinterpreted the executive’s statements and actions.