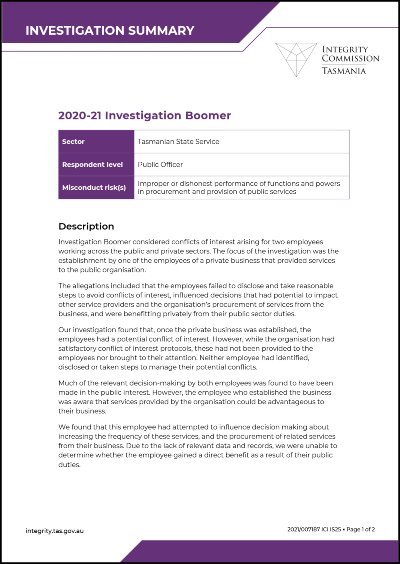 Investigation Boomer considered conflicts of interest arising for two employees working across the public and private sectors. The focus of the investigation was the establishment by one of the employees of a private business that provided services to the public organisation.

The allegations included that the employees failed to disclose and take reasonable steps to avoid conflicts of interest, influenced decisions that had potential to impact other service providers and the organisation’s procurement of services from the business, and were benefitting privately from their public sector duties...

Conflict of interest in outside employment